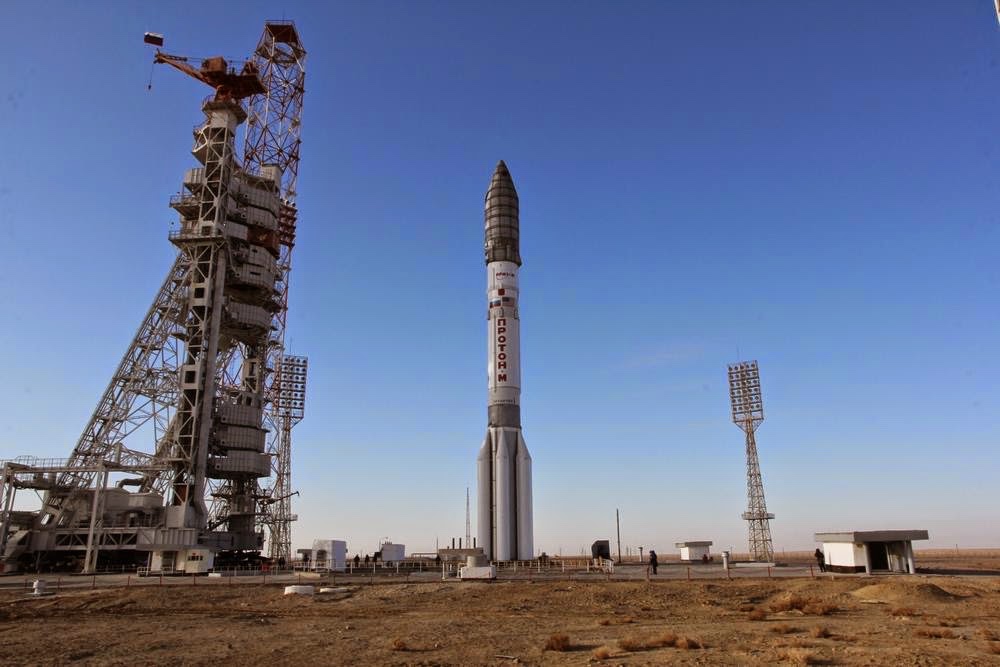 I have mostly NASA stuff on this site, but the exploration of space extends far beyond the United States space program. Thus, let's look at a random Russian launch.

Here, a Proton-M rocket stands tall at site 200/39 at Baikonur Cosmodrome ahead of liftoff. The rocket will carry the Astra 2G satellite for SES, Luxembourg.

The Astra satellite series provides a variety of communications services to European counties. It is the third of four spacecraft in the series.

Originally scheduled for launch in November, the Proton vehicle had to return to its assembly building to replace a faulty gyroscope on the Briz-M upper stage. The rocket returned to the launch pad Christmas Eve, the same day and time a Soyuz 2-1b rocket rolled to the pad ahead of its Friday launch.

The flight profile for the satellite is shown below, provided by the launch service responsible for commercial Proton and Soyuz flights, International Launch Services.

Five engine burns of the Briz-M upper stage are required to place Astra 2G in the correct Geostationary Transfer Orbit. Nine hours and 12 minutes after launch from Baikonur, the satellite would reach its final destination 35,700 kilometers above the Equator at 28.5 degrees east longitude, just north of Madagascar. 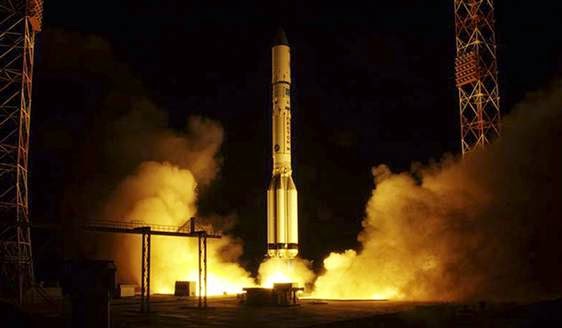 The Russian telecommunications satellite that was launched on Thursday disappeared from the view of ground controllers and the U.S. space surveillance network, along with the rocket upper stage that carried it into orbit, according to industry officials and the Russian space agency, Roscosmos. After the 5,800-kilogram Express-AM4 satellite separated from the Proton rocket’s Breeze-M upper stage, neither object could be found, officials said. The U.S. Space Surveillance Network of ground radars was tracking a single object that one official said was neither the Breeze-M nor the Express-AM4, but rather an auxiliary propellant tank from the Proton rocket.

But by midday ET on Friday, the U.S. Space Surveillance Network had located the Express-AM4 satellite, saying it was in an orbit with an apogee of 20,317 kilometers, a perigee of 1,007 kilometers and an inclination relative to the equator of 51.3 degrees. One industry official said it would be difficult, from this position, to maneuver Express-AM4 into operational position in geostationary orbit with sufficient life remaining to make the effort worthwhile. (via msnbc.com) 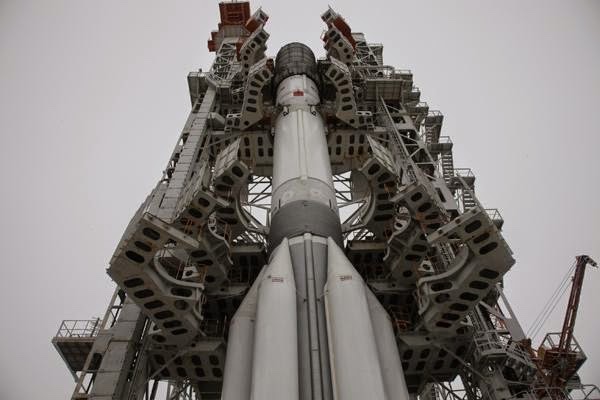