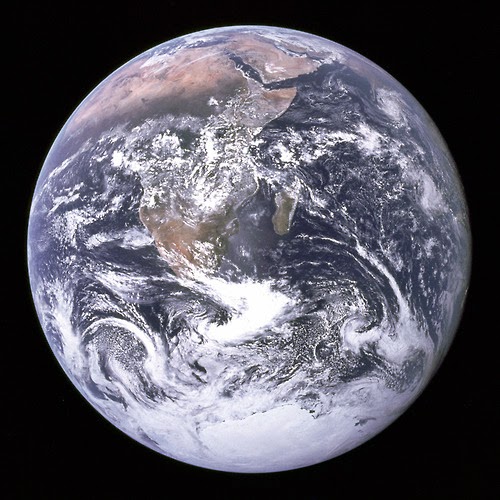 The Apollo 17 launch was on December 7, 1972. It was the sixth and final manned mission to the moon, perhaps, if things don't work out right, the last time that creatures from the planet earth ever visit another celestial body.

The astronauts on this mission were Eugene A. Cernan, commander, and Harrison H. Schmitt, lunar module pilot. They descended in the Lunar Module (LM) “Challenger” to explore the Taurus-Littrow region of the moon. Astronaut Ronald E. Evans, command module pilot, remained with the Command and Service Modules (CSM) “America” in lunar orbit.

The voyage of Apollo 17 marked the program’s concluding expedition to the moon. The mission lifted off after midnight on Dec. 7, 1972, from Kennedy Space Center. It was a spectacular and flawless night launch that could be seen far up the eastern seaboard. 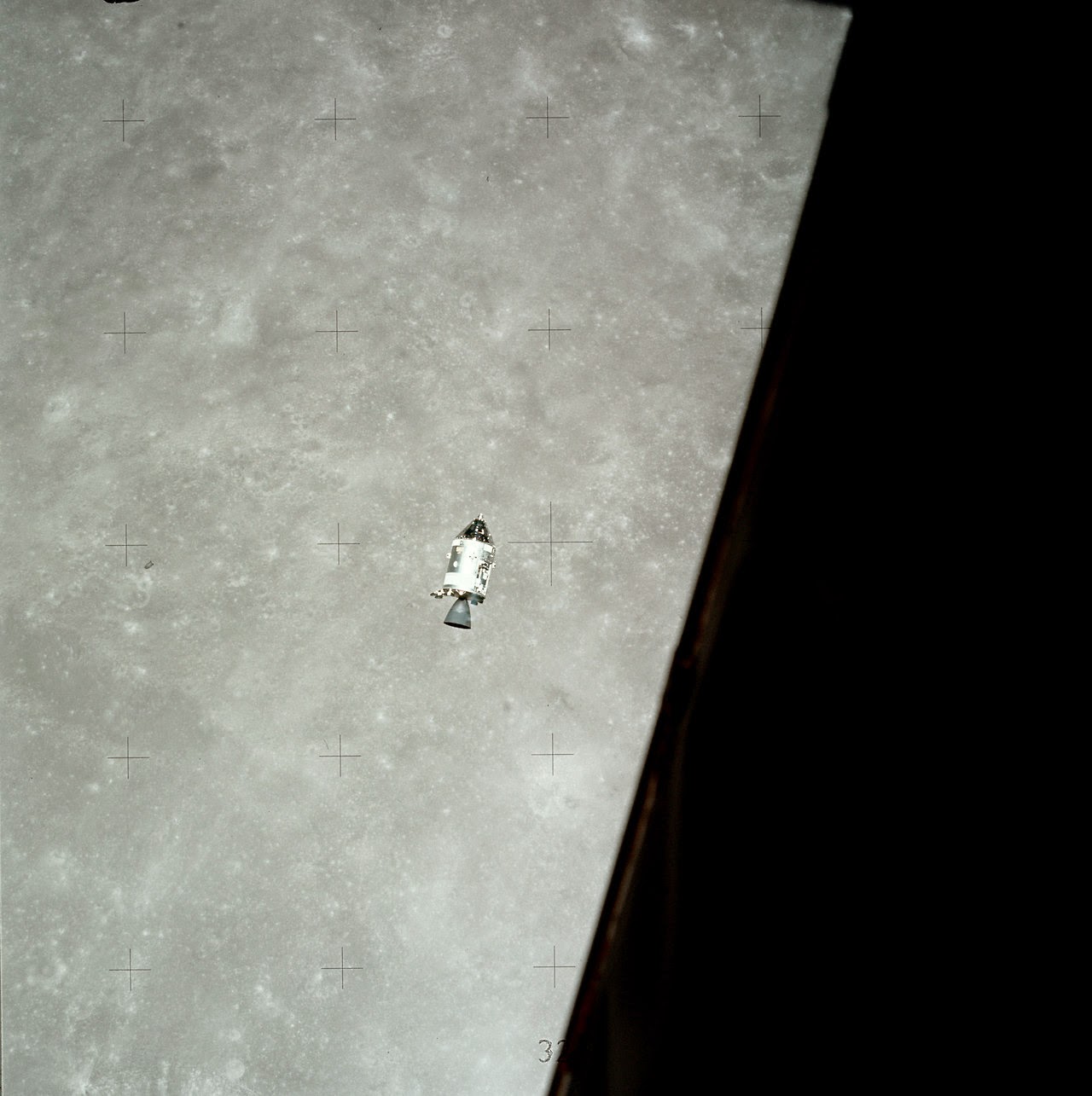 The Lunar Module touched down on the lunar surface on Dec. 11, 1972. The crew spent almost 75 hours on the lunar surface, conducting about 22 hours of extravehicular activities (EVAs). They traveled almost 19 miles in the Lunar Roving Vehicle (LRV).

During lunar lift-off on Dec. 14, Apollo 17 Mission Commander Eugene A. Cernan remarked that the astronauts were leaving as they came, “with peace and hope for all mankind.” One of the most famous images from the space program, the photograph of the Earth called 'The Blue Marble,' came from this mission.

Astronaut Ronald E. Evans performed an extravehicular activity (EVA) during the Apollo 17 spacecraft’s trans-earth coast. During his EVA, Command Module pilot Evans retrieved film cassettes from the Lunar Sounder, Mapping Camera, and Panoramic Camera. The total time for the trans-earth EVA was one hour seven minutes 19 seconds, starting at a ground elapsed time of 257:25 (2:28 p.m.) and ending at a ground elapsed time of 258:42 (3:35 p.m.) on Sunday, December 17, 1972.

Geologist Harrison Schmitt began his career with NASA by providing moon-bound Apollo astronauts with important information on how to effectively complete geological fieldwork on the lunar surface.

Once these lunar samples were harvested and returned to Earth, Schmitt would participate in their examination and evaluation. Only later did Schmitt train to actually become an astronaut himself.

As Lunar Module Pilot, and the only geologist in the astronaut corps, Schmitt’s first and only spaceflight established him as one of the last people to have stood on the lunar surface (next-to-last to be exact; Commander Eugene Cernan entered the Lunar Module after Schmitt). 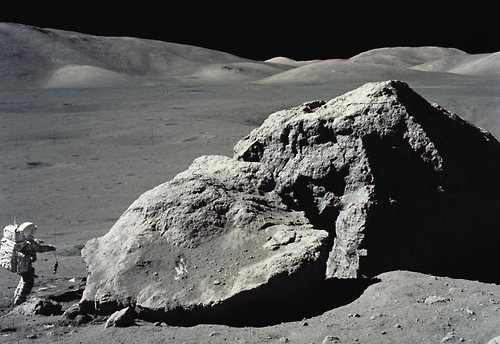 As of today, Schmitt retains the title of first and only professional scientist to have ventured beyond low-Earth orbit and to have set foot on the surface of the Moon. 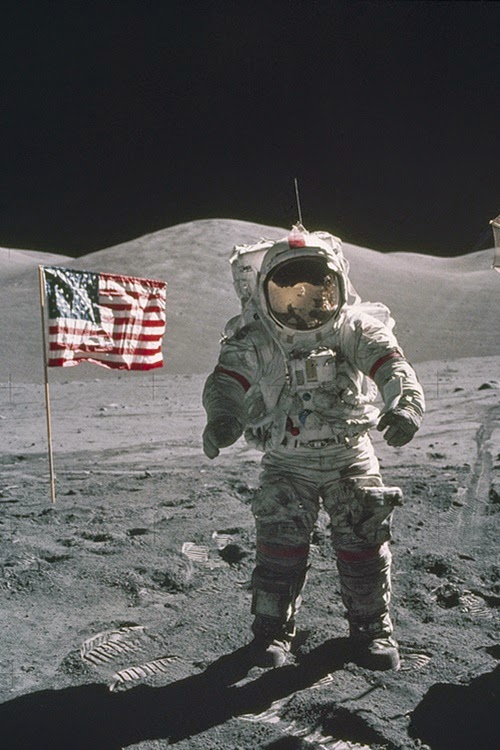 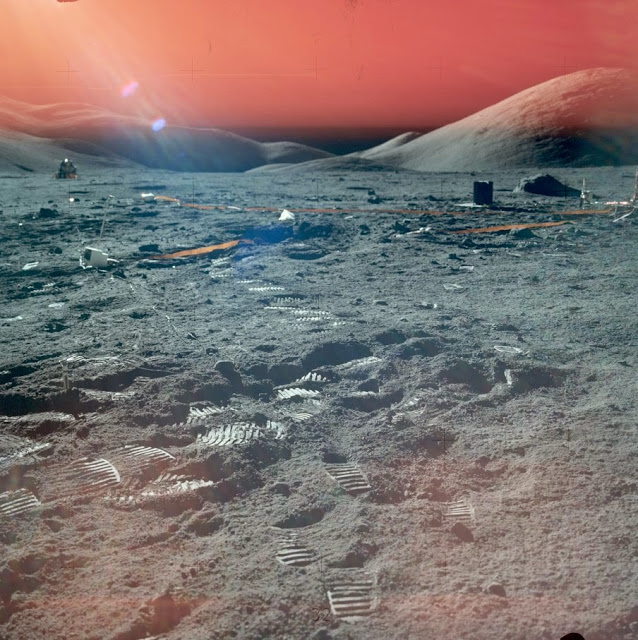 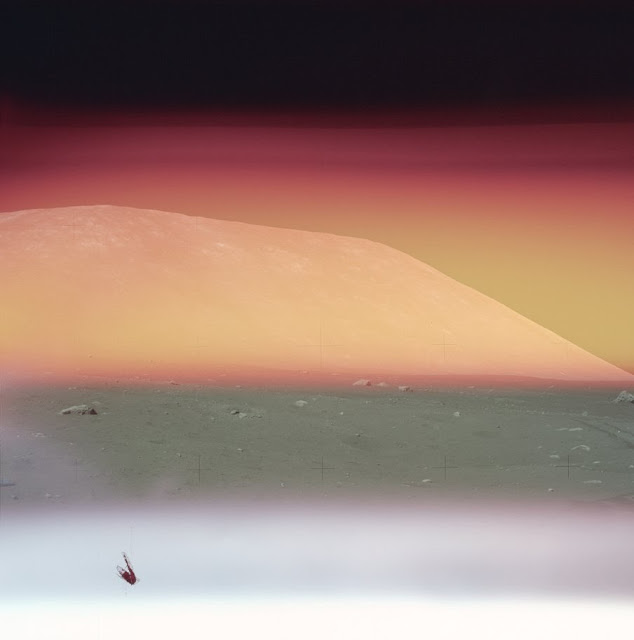 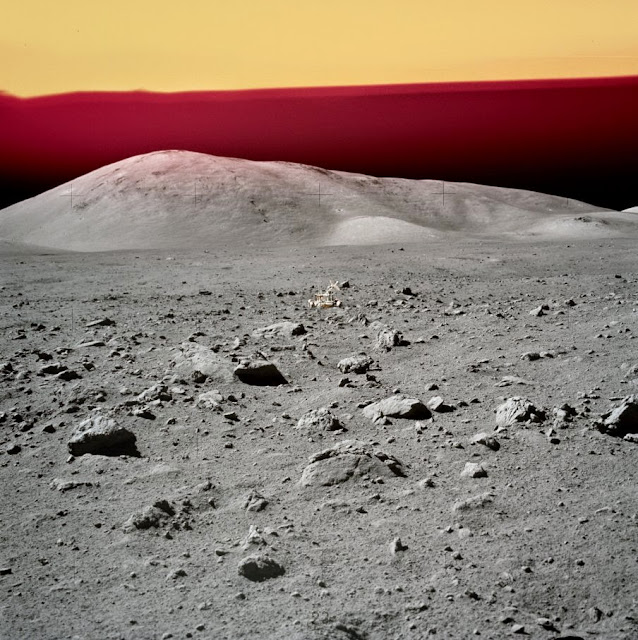 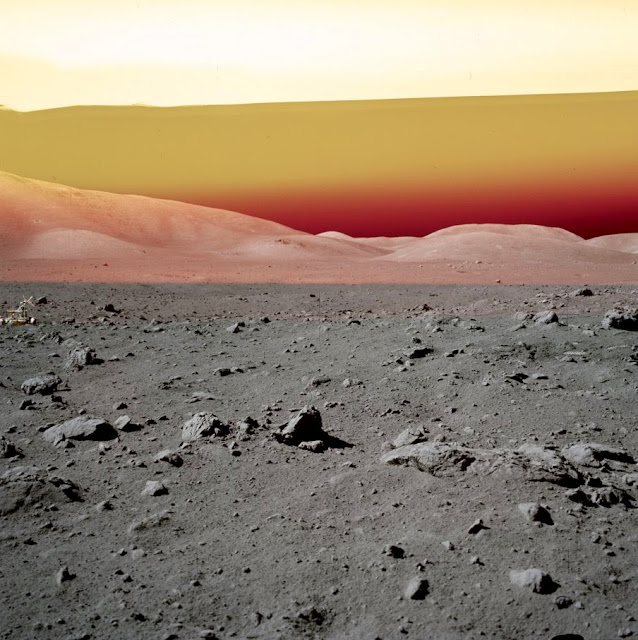 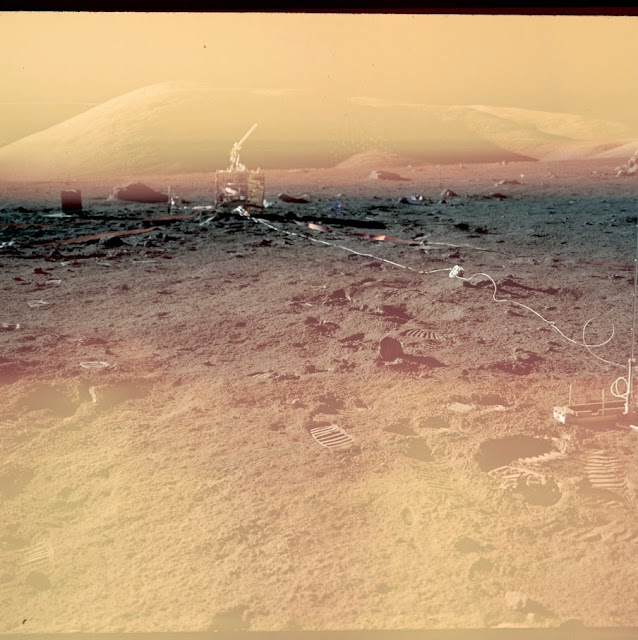 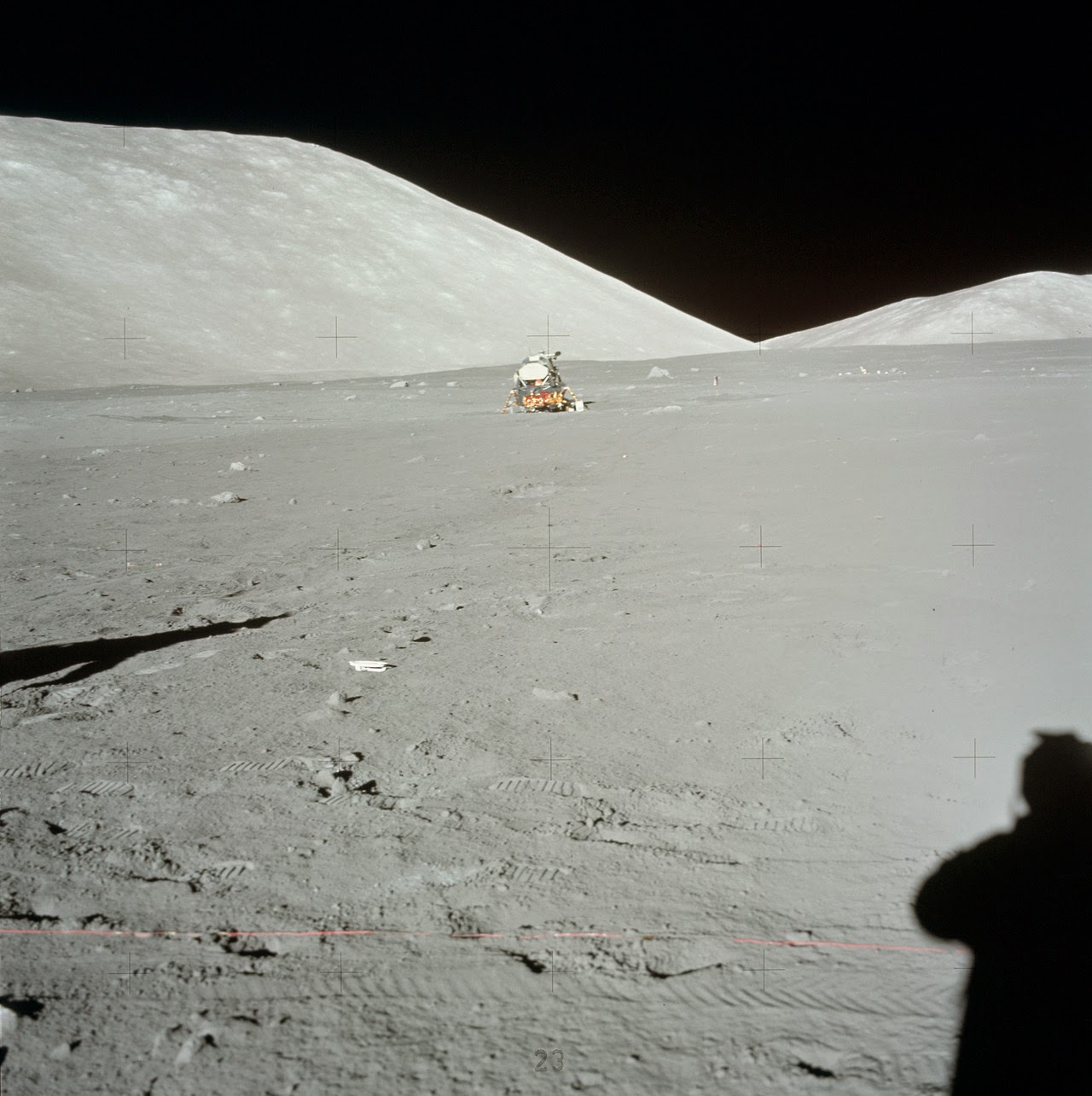 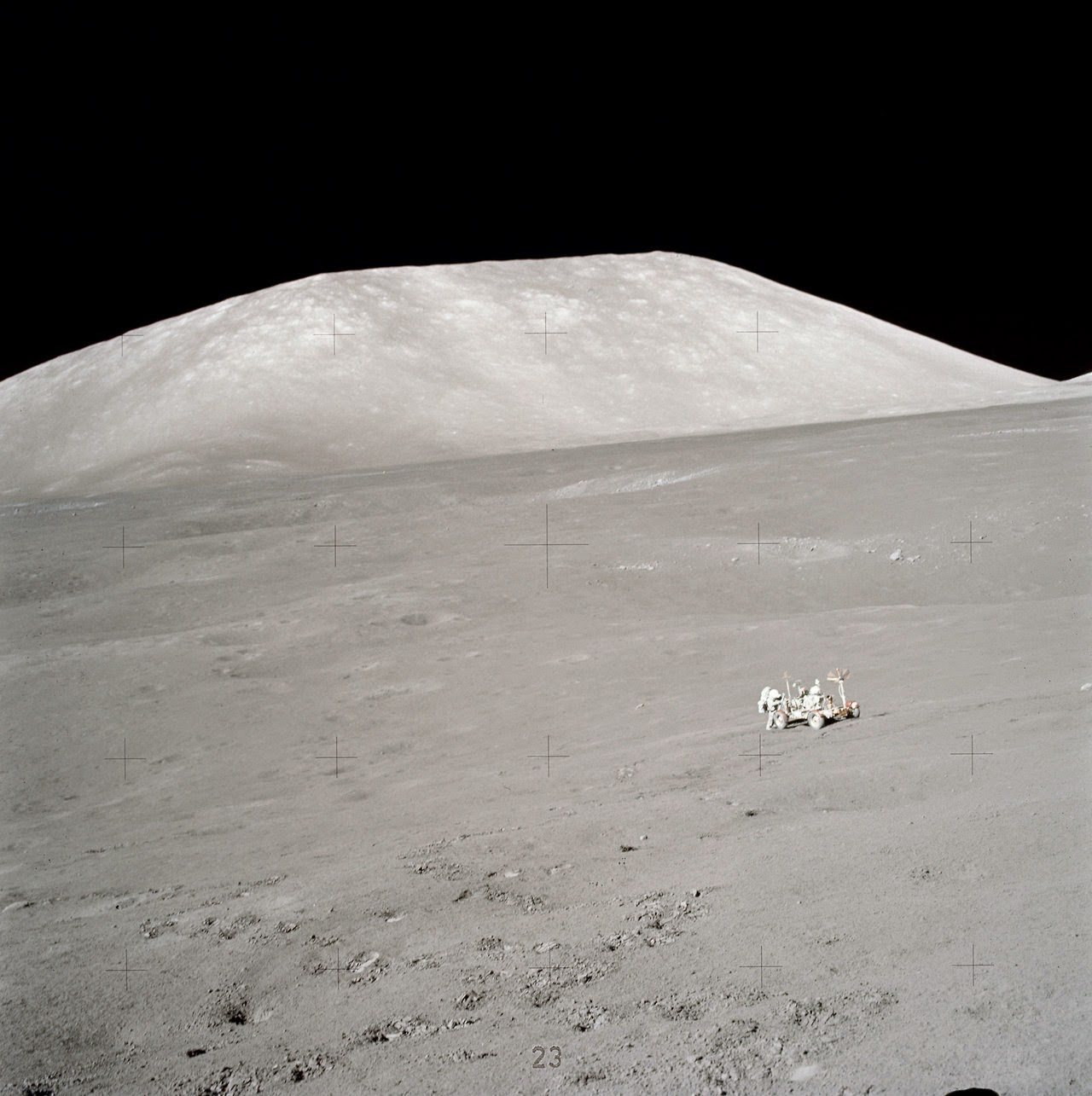 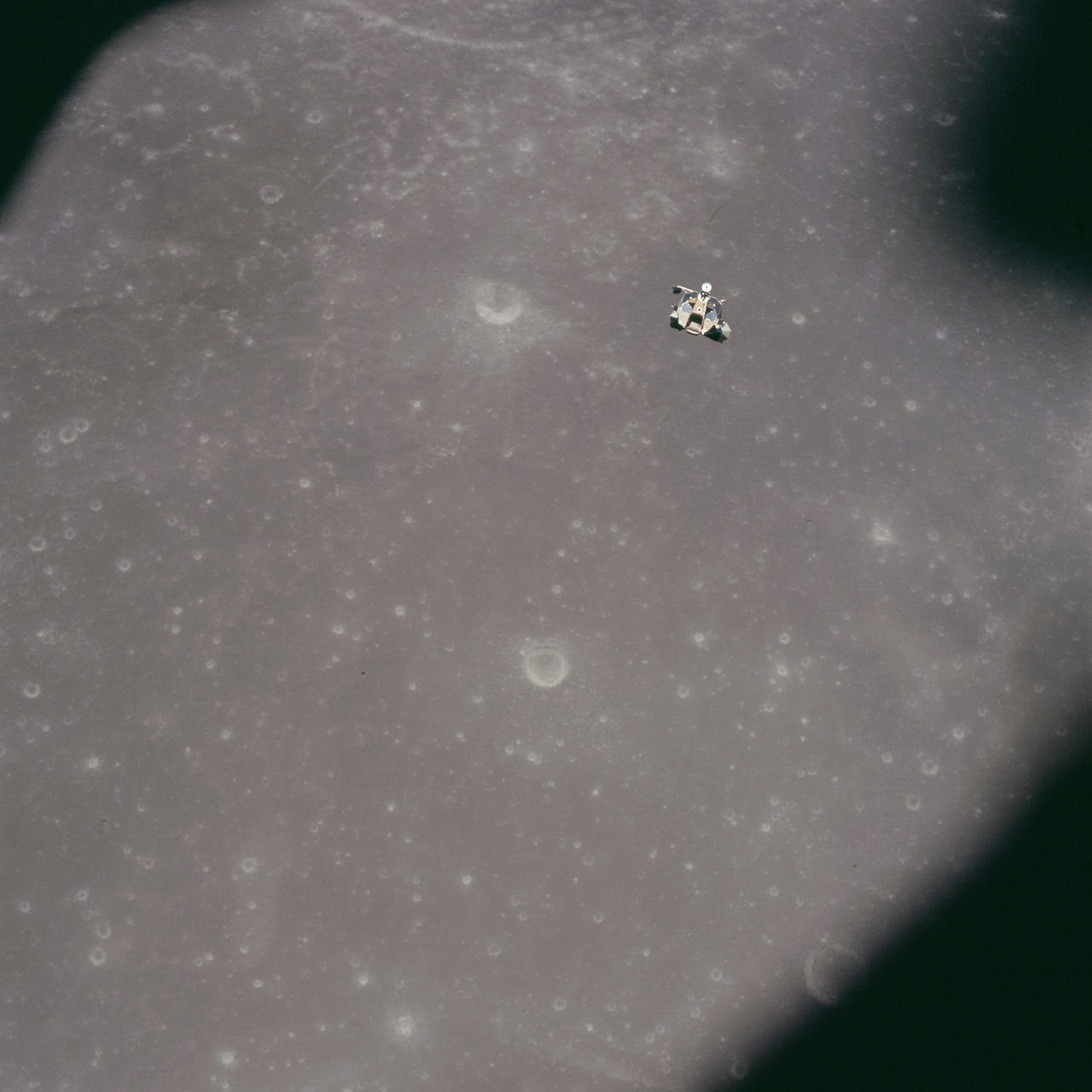 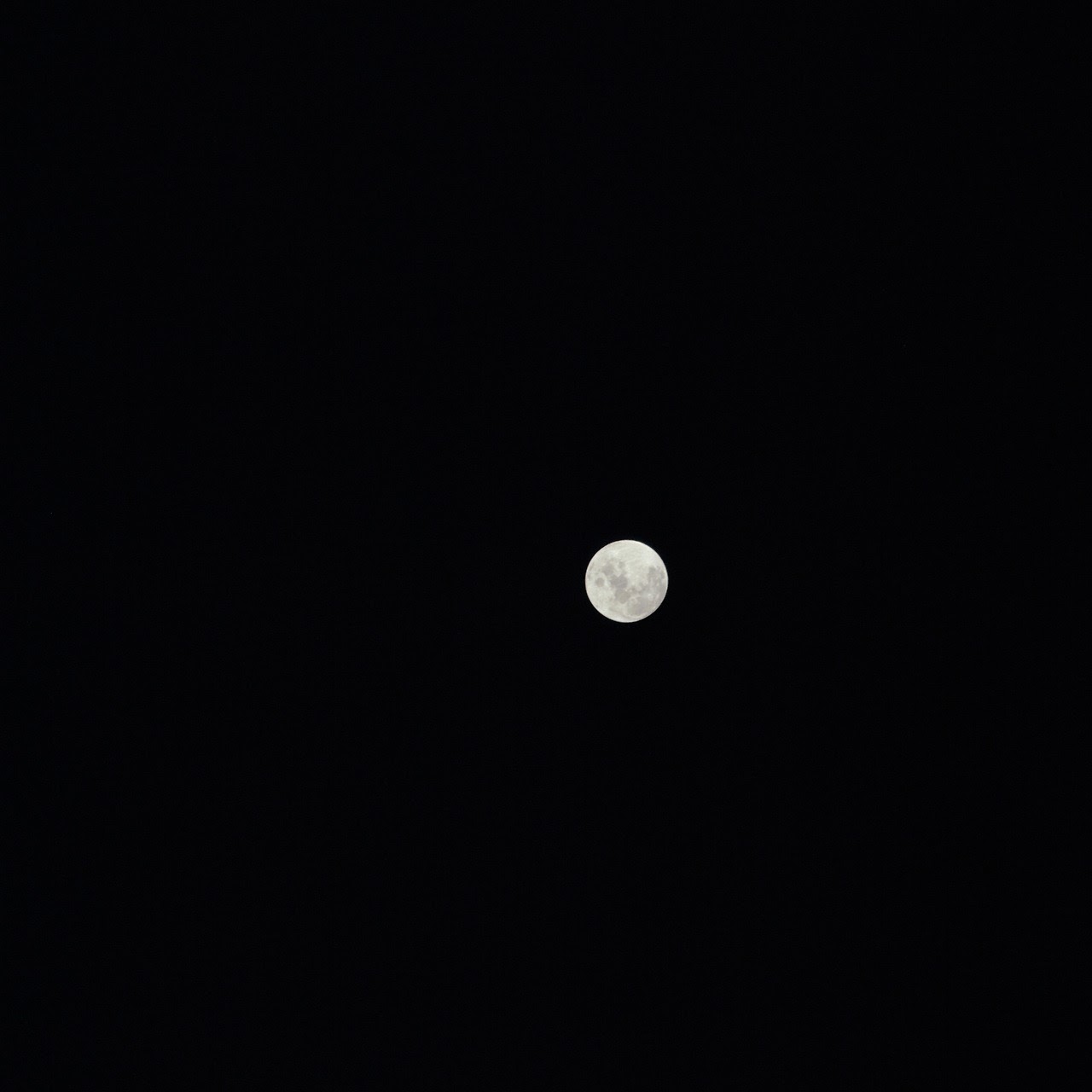 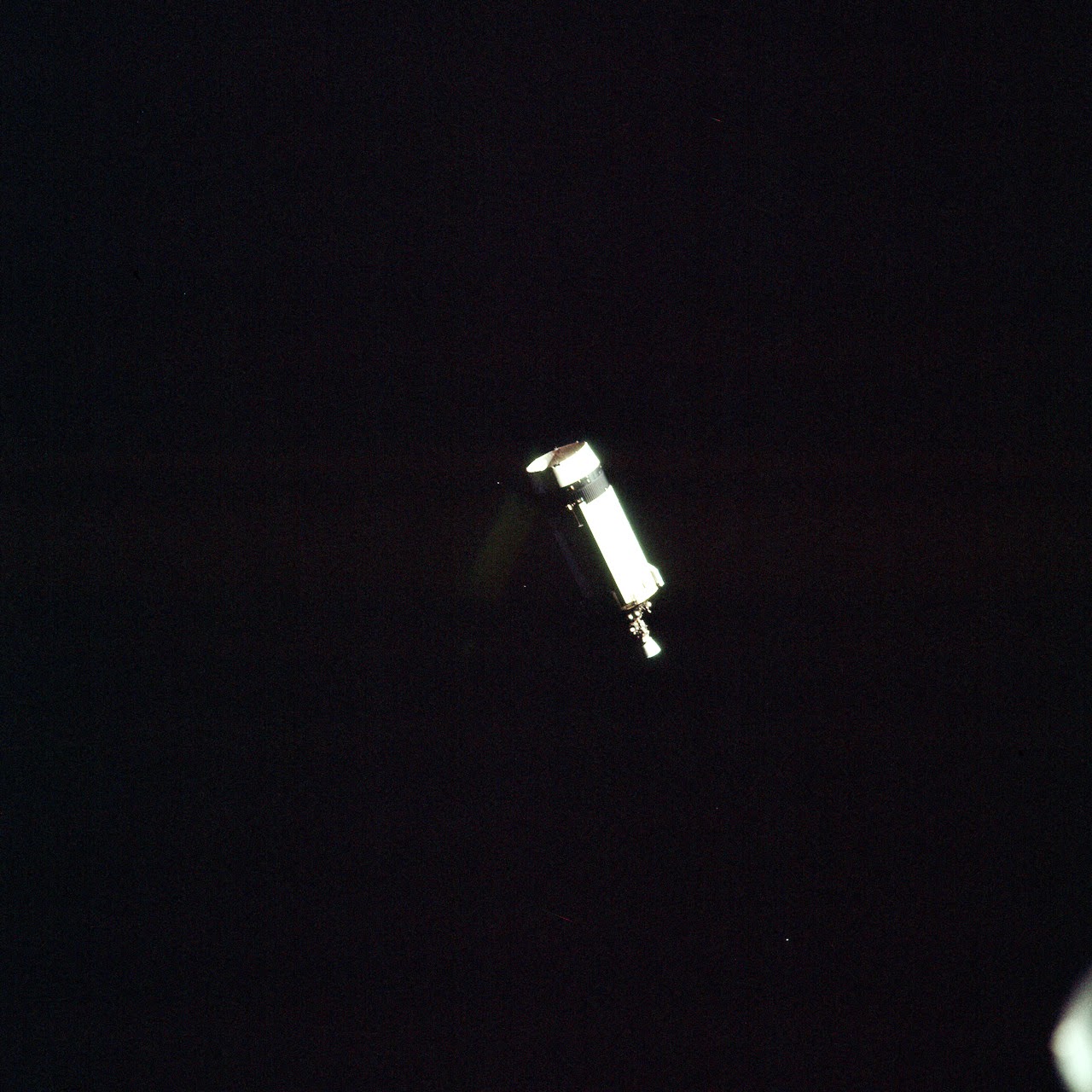 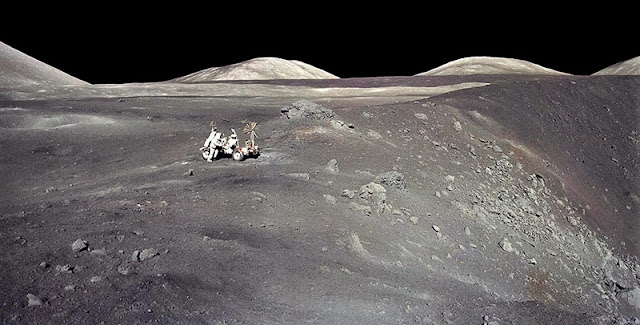 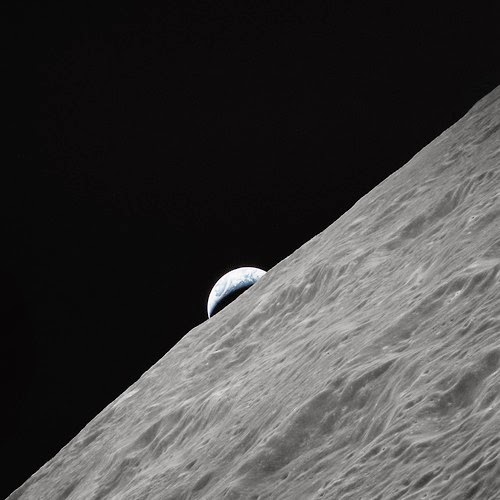 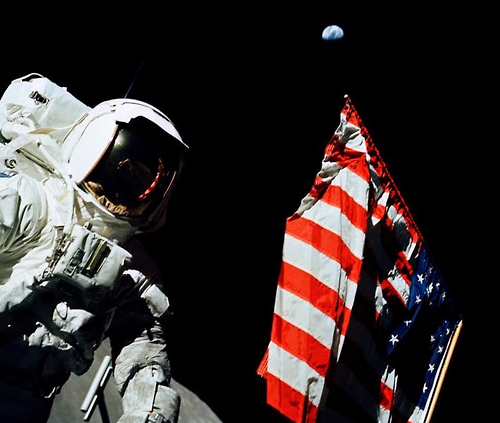 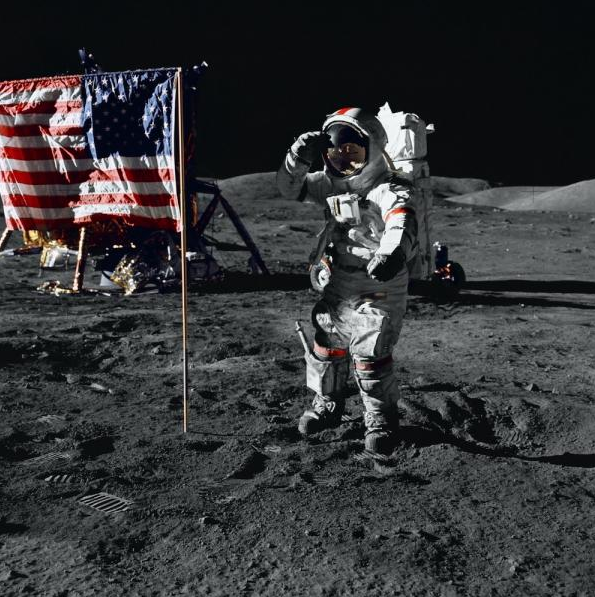 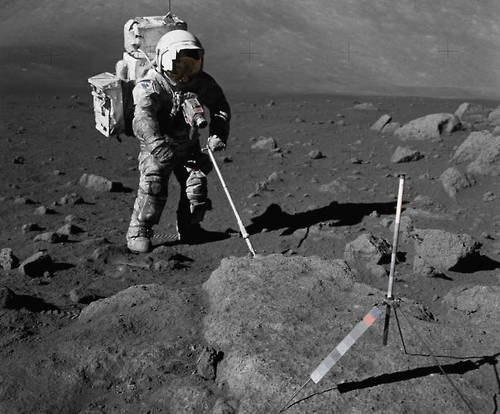 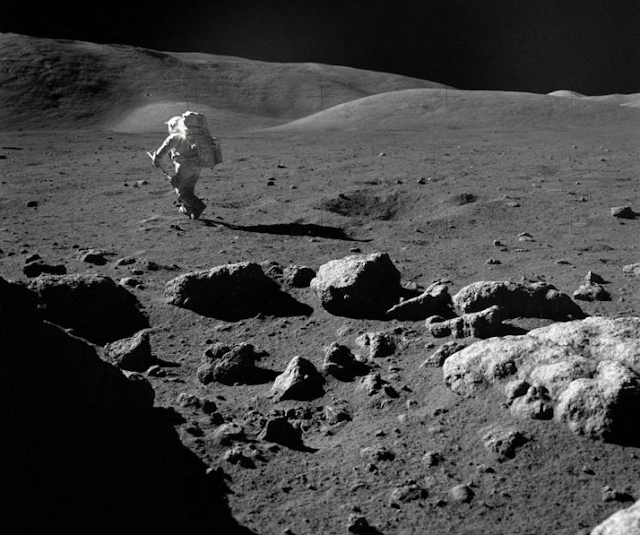 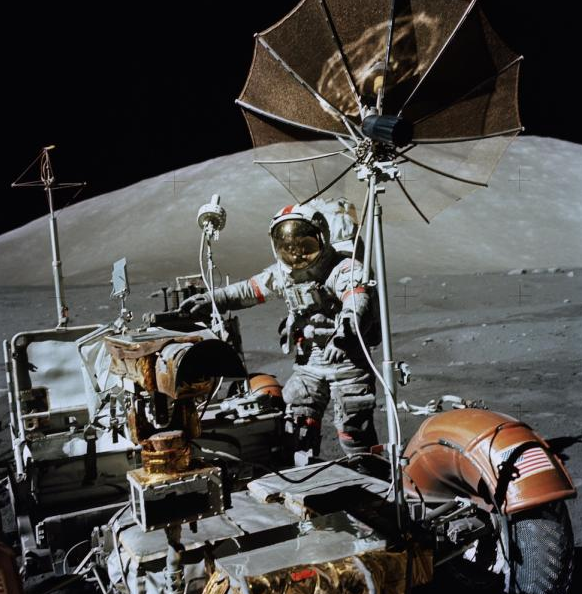 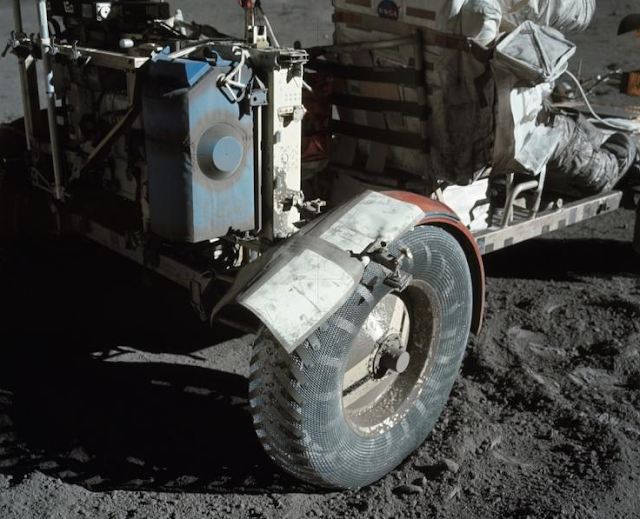 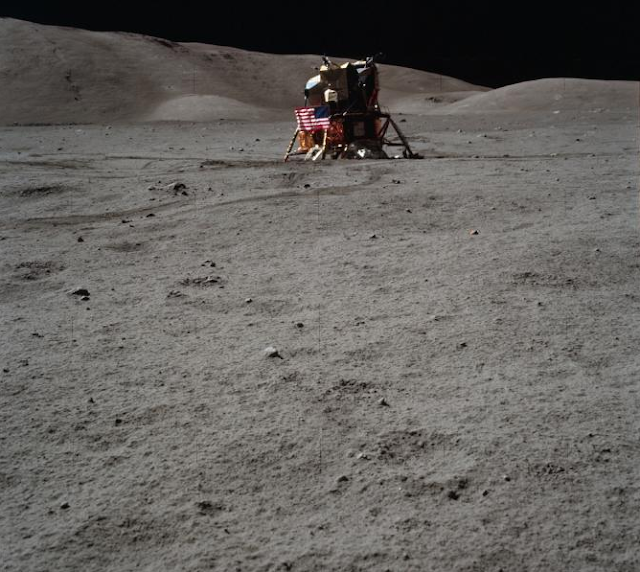